Our New Life in Puerto Rico

We made a BIG dream come true.

For years we’ve been dreaming about having a winter home near the ocean. We scouted out options from Mexico to Bali looking for the perfect location… and last year we settled on the magical island of Puerto Rico.

This is some drone footage my hubby took of our new community, dream home, and ocean views.

The specific area in PR that we choose is a hot spot with a competitive market for the type of house we wanted. At 5:30pm on a Tuesday we got word that we were cleared to close on the home we fell in love with.

36 hours later we hoped a 6am flight with 9 suitcases and then Friday night we closed on our tropical island dream home.

We only had a three days to get settled in because we had to head to Florida for a work trip, and then head straight back to PA to host a big Thanksgiving at our east coast home. We’re tired but oozing with gratitude.

In case you’re wondering… we’re keeping our east coast home as our summer & holiday home. I’m looking forward to being out east for a white Christmas and then immediately after heading back to sandy beaches, palm trees, and warm salty air for the rest of the winter.

Because this is a second home, it needs all new stuff (good timing that the Black Friday/Cyber Monday sales are coming up!!). Fortunately we were able to negotiate in most of the furniture and they left us lots of nice little odds and ends like some dishes and bedding. We hit the end of summer clearance sales pretty hard and got complete wardrobes for this house… hence the 9 suitcases. And I should note that a few suitcases were dedicated to toiletries and foods we love that aren’t readily available in PR or are super expensive there.

To get 9 suitcases we had to dig out some really old falling apart ones from our storage room (every once in a BLUE moon my Mummyji’s need to keep EVERYTHING comes in handy).

Somehow Farukh managed to get six 50-pound suitcases and three 30+ pound carryons in our small SUV. It was a game of Tetris AND a workout all in one!

Then on our layover our 38-pound carryon with a broken wheel completely fell apart… the handle came off and the bars dropped down so my hubby was stuck dragging it along while wearing his 25-pound backpack.  Bonus calorie burn.

It’s been a crazy but exciting week. Our hearts are FULL of gratitude. ❤

Big shout out to our FANTASTIC realtors, who we’re grateful to now call friends… husband and wife duo – Ricardo A. Casillas and Liz Colón.

Purchasing a home like this and moving to Puerto Rico was part of our 10 year plan. But through goal setting and mindset tools we made this dream a reality in less than 3 years!

Would you love to shorten the timeline on making your big dreams come to fruition?

Almost all wildly successful people have at least one thing in common, and that one thing is that they set goals, write them down, and focus on achieving them. This might sound like a small thing, but it’s not. It’s actually a REALLY big thing.

In a study conducted by Harvard, graduate students were asked if they have set clear, written goals for their futures, and if they have made specific plans to transform their fantasies into realities.

The result of the study was only 3 percent of the students had written goals and plans to accomplish them, 13 percent had goals in their minds but hadn’t written them anywhere and 84 percent had no goals at all.

Think for a moment which group you belong to.

After 10 years, the same group of students were interviewed again and the conclusion of the study was totally astonishing. The 13 percent of the class who had goals, but did not write them down, earned twice the amount of the 84 percent who had no goals. The 3 percent who had written goals were earning, on average, 10 times as much as the other 97 percent of the class combined.

BOTTOM LINE: If you want to make 10 times more money, start by setting goals and writing them down.

I’m nothing special. I’m just a midwestern gal who has learned how to set and achieve goals – anyone can do this!

Stop telling yourself that this is only for other people….

Stop telling yourself that you can’t make your dreams come true….

Instead, create a clear vision of what you want, set focused goals that support your vision and write them down, then take inspired and consistent action every day. 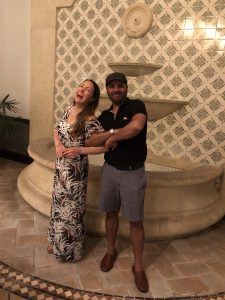 One more bit of advice if I may…

Don’t take yourself to seriously. Have fun working towards your goals.  This is us being silly, per the usual, at the country club in our new community in Puerto Rico. 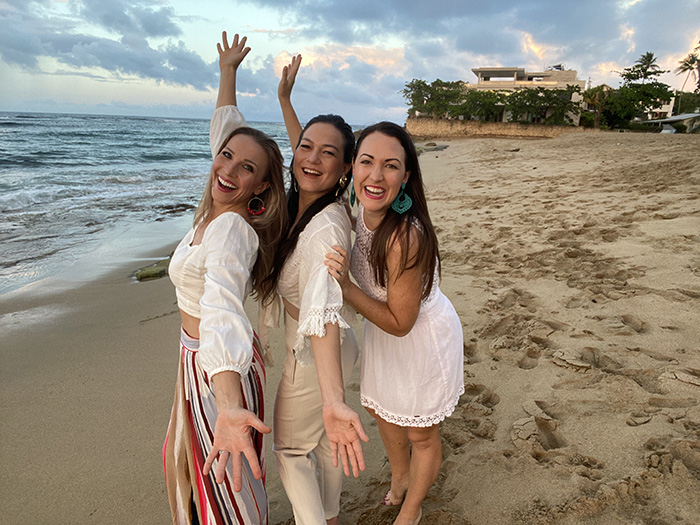 Thinking Of Moving to Puerto Rico?

Here are some resources for you…