We used Farukh’s birthday this year as an excuse to enjoy the last bit of summer by having good friends over for some good food, good drinks, and great conversations on the terrace.

We were having so much fun that we ignored our phones and only took a few quick not-awesome pics (those are generally the best kind of gatherings though, right?!).  Farukh did capture a nice but kinda-blurry quickie with the drone. 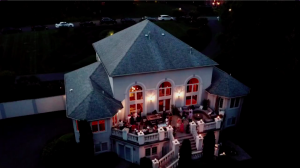 One complaint about parties is that you end up eating way too much sugar-filled unhealthy food so I decided to create a menu for this party that was organic whole-food based… and of course, yummy.  🙂

A handful of our friends are vegans, and many of us are leaning more and more towards plant-based diets so the menu included lots of plant-based options, and everything was gluten-free.  The biggest hit was the walnut taco meat (which didn’t taste like walnuts at all).  The recipe is here if you want to try it.  On the taco bar we also had a spicy organic grass-fed beef taco meat, an assortment of regular and vegan cheeses, fresh spinach, limes, jalapeños, hot sauces, pineapple salsa, and spiced corn.

For the main course we also served Goat Biriyani and Pineapple Russians.

The potato patties were the biggest hit by FAR.  They were organic mashed-potatoes (made with coconut oil instead of butter) and filled with veggies and spices.  My mother-in-law made a huge batch of them and we only had two left at the end of the night – definitely a crowd-pleaser.  I’d post the recipe but she has no idea how she made them.  She just cooks delicious things, makes up recipes on the fly and usually can’t explain what she did.

The pineapple salsa served in pineapple bowls (the actual pineapple carved out to make a bowl) was another hit.  We loosely followed this recipe. 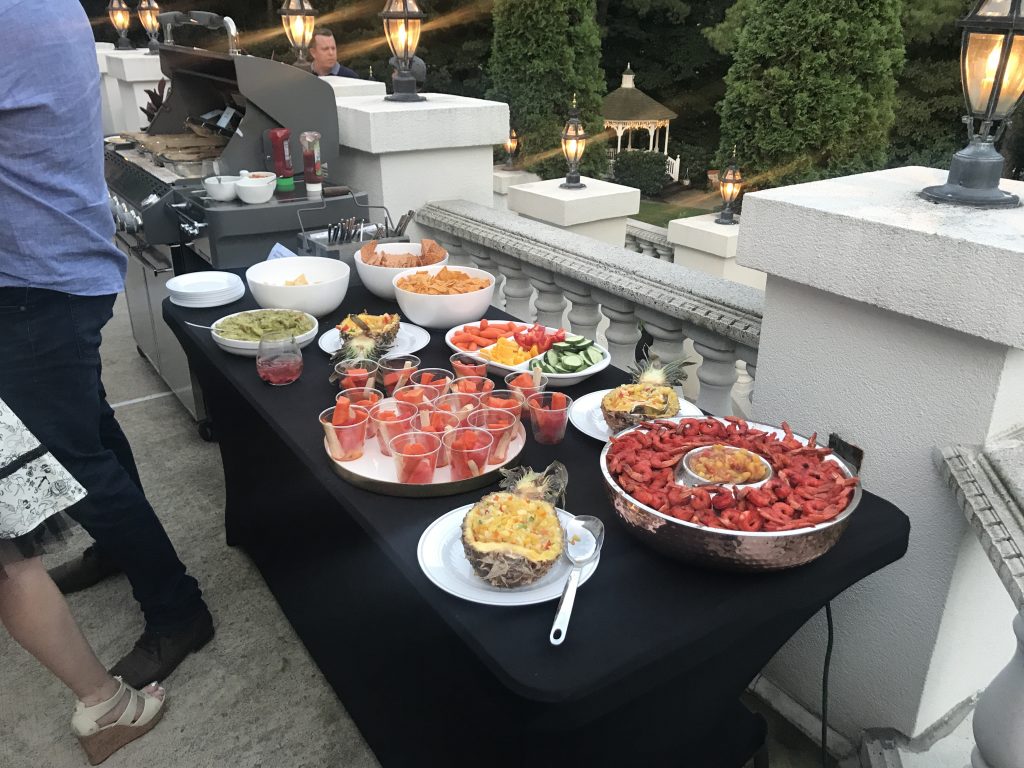 The Sundae Bar was also a hit.  I made homemade super simple plant-based ice cream in the blender.

Toss the following ingredients in your blender, and blend until smooth. You may have to stop and push the mixture down every 30 seconds or so to help it blend (this recipe serves 3).  This is your base which you can eat as is or create it into a flavor.

1/4 cup dairy free milk (I use coconut but you could also use almond,  cashew or hazelnut and I used a splash more than 1/4 cup)

TIP: This ice cream melts FAST so it needs to either be on ice or eaten immediately.  We made the mistake of not putting the glass bowls on a tray of ice and it melted pretty quickly.

Blend in any of the following to make your favorite flavor!

I put out glass bowls of…

We had protein pumpkin muffins and chocolate squares.  These pumpkin muffins are super easy to make and always a hit!  I make them for every holiday.  If you want to make them vegan just swap out the eggs for a “flax egg” which is a tablespoon of ground flax seeds mixed with warm water.  Recipe is here.

We hired a bartender which ended up being a really good idea.  The feature was a fun Moscow Mule Bar with some creative fresh Mules.  I had ordered copper mugs but they didn’t arrive until the morning AFTER the party, so we used stemless wine glasses which actually worked out better because the drinks were beautiful – so it was fun to see them through the glasses.

The Moscow Mule Bar was such a hit that people barely touched the wine and beer.  AND… we had the new vegan Bailey’s which is made with almond milk so the bartender was mixing up some fun drinks with that as well.  You can check it out here. 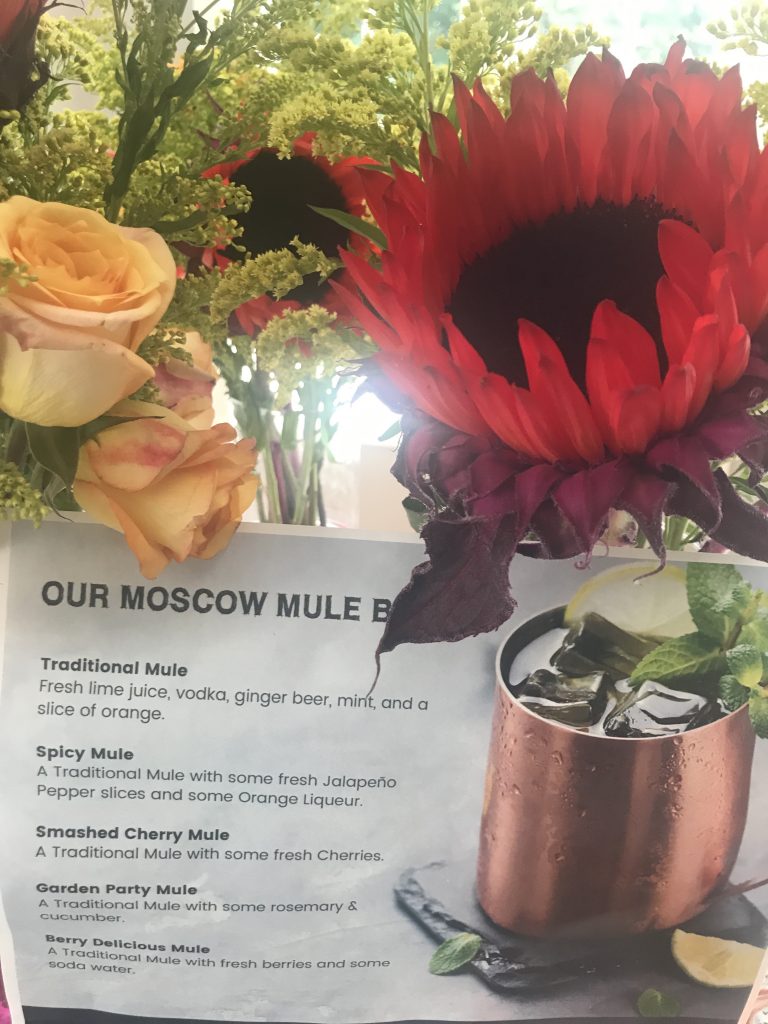 It ended up being a LOT of cooking… we slaved all day Saturday, but was worth it because our guests were grateful to be at a fun party with lots of food options.  There’s a few things I’ll do differently on the menu next time but overall it was a success. 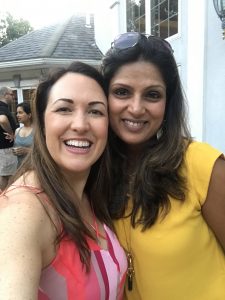 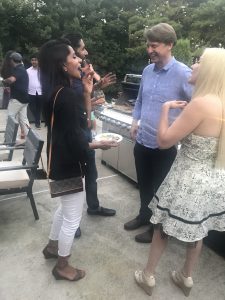 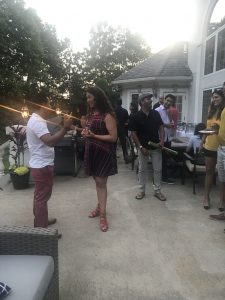 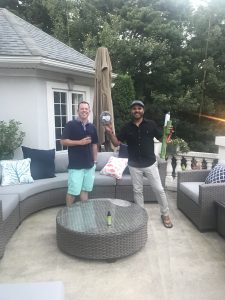 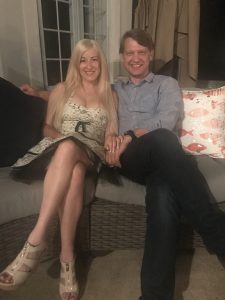 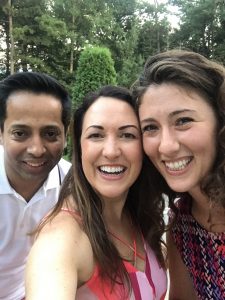 You know it’s been a successful night when at 4am your kitchen looks like this and you’re saying good night to guests.  🙂 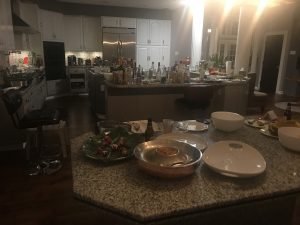 Right before this party we FINALLY put the finishing touches on our BIG home renovation project.  If you’re interested you can see the Before and After pics here.